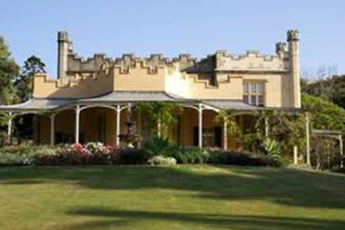 Sir Henry was eventually deported on the 29th November 1801, and arrived in the new colony of New South Wales, Australia on 7th July 1802.

What followed was an extraordinary saga of strange encounters, shipwreck, rebellion, further imprisonments and deportation, and what could only be described as a form of redemption on the shores of Sydney harbour. His times and legacy on the Australian continent are amply and colourfully charted in a raft of publications from that land.

What emerges is an irrepressible, albeit truculent, character who is credited with founding the first Freemason’s lodge in the ‘new continent’ as well as supporting some of the most illustrious deported leaders of the 1798 Rebellion in Ireland.

He helped to rescue the deposed Governor William Bligh (of the famed ‘Mutiny on the Bounty’) from a revolt by his subordinates against his attempts to stamp out institutionalised administrative corruption which had become endemic in the colony.

Sir Henry built a home for himself that in time was re-developed to become the residence of one of New South Wales’ most important parliamentarians - William Wentworth. The house became one of the first historic properties in New South Wales. Vaucluse was the name given to the house by Sir Henry, inspired by the Italian poet Francesco Petrarch’s enchantment with the famous Fontaine de Vaucluse in Provence, France. Hayes himself was given to occasionally writing poetry, and was an admirer of Petrarch’s works.

Sir Henry lived to be eventually pardoned in 1812, as a result of the petitioning by ex- Governor of New South Wales William Bligh, combined with the intercession of Hayes’ eldest daughter Mary Jude, to the Viceroy of Ireland the Duke of Rutland, as well as her charming of the Prince Regent George 1V.